An event every week that begins at 08:00 on Monday, Tuesday, Wednesday, Thursday and Friday, repeating until 7 December, 2018 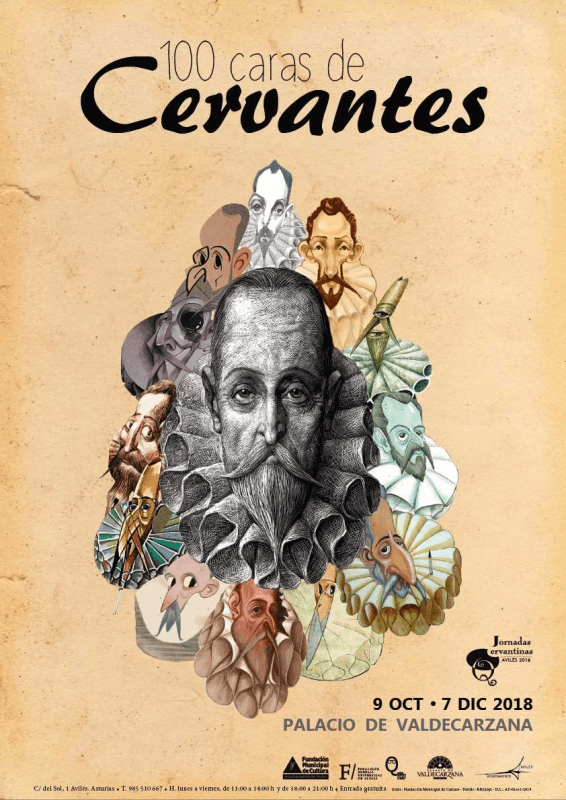 100 faces of Cervantes, gathers 100 caricatures exhibition format of the unknown face of genius complutense Miguel de Cervantes Saavedra, played with great diversity of styles and notables proposed by as many caricaturists, cartoonists, cartoonists and illustrators from 22 countries.

With the hashtag # 100carasCervantes, they were publishing a weekly two caricatures of Cervantes to complete the hundred and consummating the project emerged in 2016 in the Festival of the Word, under Quevedo Institute of Arts of Humor, an entity linked to the General Foundation the University of Alcalá.

Continuing the signed partnership between the Municipal Foundation of Culture and the General Foundation of the University of Alcalá in last year (with the late and remembered Forges protagonist), is now hang in the Palace of Valdecarzana these 100 faces Cervantes, exhibition curated by Juan Garcia, executive secretary of IQH, and Argentine artist and project coordinator David Pugliese, whose exhibition is included within the third Conference Cervantinas Aviles, with which pays homage, this time through the cartoon , the most universal writer of literature in Castilian.